There’s Plenty Good About the Badlands! 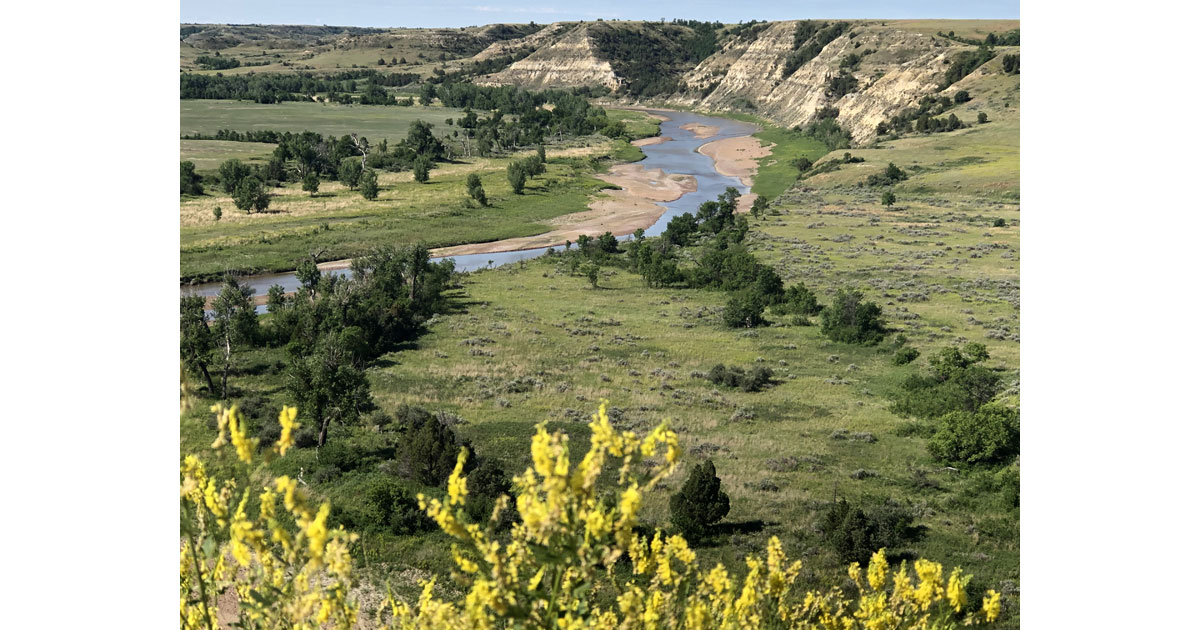 THERE’S PLENTY GOOD ABOUT THE BADLANDS!
by Debbie Stone 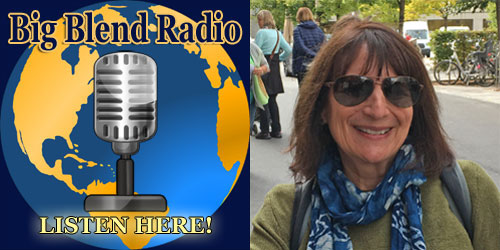 When I began my travel writing career, I set a goal to visit each of the fifty states. Slowly, I began chipping away at this objective and soon only one state remained, North Dakota.


About fifteen years ago, I went to South Dakota to see Mt. Rushmore, the Badlands, and Custer State Park. Unfortunately, due to time constraints, I wasn’t able to make it up to North Dakota. I always thought I’d be back to the region sooner than later, but it seemed that my intentions to return never materialized for one reason or the other. Flash forward to this past summer and to the realization that North Dakota was the lone holdout. Time for a road trip!


With nature as my focus, I headed to Theodore Roosevelt National Park in the western section of the state. Named for the country’s 26th President, the park was actually not Roosevelt’s own creation, as it was established in 1947, long after his death. It was created in his honor, not only to recognize the work he did to protect and conserve millions of acres of natural land, but also to acknowledge the special connection he had to this corner of the country.


Roosevelt first came to the Dakota Territory in 1883 and was instantly enamored with the rugged beauty of the Badlands landscape. A year later, he returned to the area to seek refuge and solitude while grieving the loss of his wife and mother, who had passed away on the same day. He became a cattle rancher and found adventure and purpose, and the land helped heal him.


Roosevelt credited his Dakota experiences as the basis for his trail-blazing preservation efforts. As President, he translated his love of nature into law, establishing the U.S. Forest Service and signing the Antiquities Act, under which he proclaimed eighteen national monuments. During his tenure, he also worked with Congress to create five national parks, 150 national forests, and dozens of federal reserves.


The park protects over 70,000 acres, spread across three sectors: South Unit, North Unit, and Elkhorn Ranch Unit. Of the total acres, nearly 30,000 have been designated as a Wilderness Area. The South and North Units offer scenic drives, miles of trails, and opportunities to view wildlife. The Elkhorn Ranch Unit is the site of Roosevelt’s ranch, but only the cornerstones of his cabin remain.


The name “Badlands” refers to the challenges pioneers and others faced when traveling through this broken landscape. After heading west for miles across the Great Plains on flat, grassy land, they would eventually encounter canyons of loose rock, strange landforms, extreme temperatures, and very little water. These harsh conditions made their journey arduous and grueling, and gave the region its infamous reputation.


This otherworldly and wild landscape formed millions of years ago. As the Rockies rose up over the Great Plains, streams began to erode the mountains and sediment and debris spread across the region. Later, the Little Missouri River got in on the act and started the process of carving the Badlands.


Erosion and weathering are responsible for the unique formations, from furrowed and grooved cliffs and twisted gullies to craggy pinnacles and dome-shaped hills marked with multi-colored striations.


The best way to discover the South Unit is on the 36-mile scenic loop. You’ll enjoy sweeping Badlands views that will take your breath away, and most likely, some stellar wildlife sightings. There are also plenty of trails available when you want to stretch your legs.


Easy to moderate walks will take you to overlooks of the landscape and the Little Missouri River, along nature trails, through dry washes and by a wind-sculpted canyon. Make sure you also go to the Painted Canyon, one of the most notable and photographed places in the state. This vibrantly hued canyon looks amazing from the rim, but if you want an up-close and personal experience with the rock layers, take the hike that dips down into it. Just remember that what goes down must go up!


The scenery shares center stage with the wildlife in the park. A wide diversity of animals make their home here, as an abundance of native grasses provides food for grazing creatures, large and small. This is the land of the bison, pronghorn, elk, mule deer, wild horses, and prairie dogs. And if you’re a birder, you’ll be in heaven, as there are more than 186 types of birds, residential and migratory.


Herds of bison roam free in the park and can be seen munching on the tasty shoots, lazing in the sunshine and crossing the road, babes in tow. They are fascinating to watch and a fan favorite with visitors. Just remember to keep your distance, as a bison can weigh up to 2,000 pounds and has horns that aren’t just used for getting grub.


Though they act like cattle, lumbering about the landscape, don’t be fooled by this behavior. Bison can move fast when agitated – up to forty miles per hour. It doesn’t take them long to cover a short distance. Tourists have been gored by these creatures because they’ve gotten too close or were oblivious to their surroundings.


These massive, woolly beasts could easily have become extinct if it were not for the foresight of a few individuals, including Theodore Roosevelt. Warnings and attempts to protect these creatures were made back in the late 1700s, but it wasn’t until 1894 that federal legislation protecting the animals was enacted.


Pronghorns are also prolific in the park. These iconic symbols of the prairie are famous for being the continent’s fastest land mammal and the second-fastest in the world behind the cheetah. Fleet-footed and lithe, the pronghorn is capable of reaching speeds of up to sixty miles per hour. These creatures are also great distance runners that can travel for miles at half that speed.


I saw numerous pronghorns in the park gracefully flying along the grasslands. Others stood still as statues, acutely aware of every noise and movement around them. A pair even came on the road in front of our car and posed for a picture-perfect photograph.


Wild horses also roam wild and free in Theodore Roosevelt National Park. These feral creatures typically move in small herds of five to fifteen animals. Each group has its social hierarchy, comprised of a dominant stallion, his mares and their offspring. For several years, the National Park Service attempted to remove all the horses from the park. But, a change in policy led to the recognition of the horse as part of the cultural and historical landscape of this special place.


Prairie dogs are another animal you will most assuredly see in the park. These entertaining creatures are amusing to observe, as they pop in and out of their holes and scurry around in squirrel-like fashion. Native to the grasslands, they are master builders of intricate underground colonies called prairie dog towns. These burrows provide important shelter from predators.


Though they look chubby and cute, in reality, prairie dogs are highly competent fighters with sharp claws and powerful teeth. And you might be surprised to learn their vocabulary is more advanced than any other animal language that’s been decoded. The repetitive squeaks you hear actually transmit detailed messages. Not only can the calls alert one another that a human is coming near their burrows, but that the human is tall, for example, and wearing the color blue.


Staying in Medora is a treat. This quaint, tiny, Old West town, with a year-round population of approximately 120 hardy souls, is chockful of activities, as well as restaurants, shops, and lodging.


The cowboy spirit is alive and well in Medora. Stop in at the North Dakota Cowboy Hall of Fame, where you can learn about the history and culture of North Dakota’s Native American, ranching and rodeo communities.


For more history, head to the De Mores State Historic Site and discover Medora’s ties to the French aristocracy. The site memorializes and interprets the life of Antoine de Vallombrosa, the Marquis de Mores. The Marquis came to the Dakota Territory in 1883 to find fortune in the cattle industry. An entrepreneur, he bought cattle and land, built a meat-packing plant, owned a stage line and several ranches, and even constructed a church in the town he named for his wife, Medora.  His most striking legacy is a 26-room house that was dubbed, “the chateau,” by his neighbors. You can tour the place, which features artifacts and original, elegant furnishings. The couple hosted many wealthy guests, including Theodore Roosevelt.


Medora offers plenty of entertainment, from golfing at the Bully Pulpit Golf Course and mini- golfing at the Little Bully Pulpit to horseback riding, stagecoach rides, and the latest attraction, the Manitou Zipline. There’s also “The Teddy Roosevelt Show,” a popular one-man production with Roosevelt repriser, Joe Wiegand, who brings America’s legendary 26th President to life. And if you want a taste of comedy and magic, check out Bill Sorensen’s “Live, Laugh, Love.”


The piece de resistance, however, is “The Medora Musical.” Billed as the “rootin’-tootinest, boot-scootinest show in all the Midwest,” it pays homage to patriotism, Teddy Roosevelt and the American West. There’s singing, dancing, country and western music, live horses on stage, a reenactment of Roosevelt’s famous charge during the battle of San Juan Hill, and a finale with fireworks. The show is performed in an outdoor amphitheater with the glorious badlands as a backdrop. It’s a must-do in Medora.


When it comes to accommodations, you’ll find options that include hotels and motels, inns, lodges, and campgrounds. If you want a bit of luxury with western charm and presidential history, stay at the Rough Riders Hotel in the heart of town. And definitely dine at the hotel’s Theodore’s Dining Room for fine, innovative cuisine.


You won’t go hungry in Medora, as there’s everything from fresh walleye and prime rib to pizza, burgers, and more. Meat eaters will especially enjoy the famed Pitchfork Steak Fondue, where chefs load steaks onto pitchforks and fondue them western style. You’ll munch away al fresco, atop a bluff, where the views complement the food. Later (or actually anytime of the day), stop at the Medora Fudge and Ice Cream Depot to satisfy your sweet tooth. 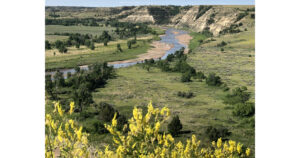