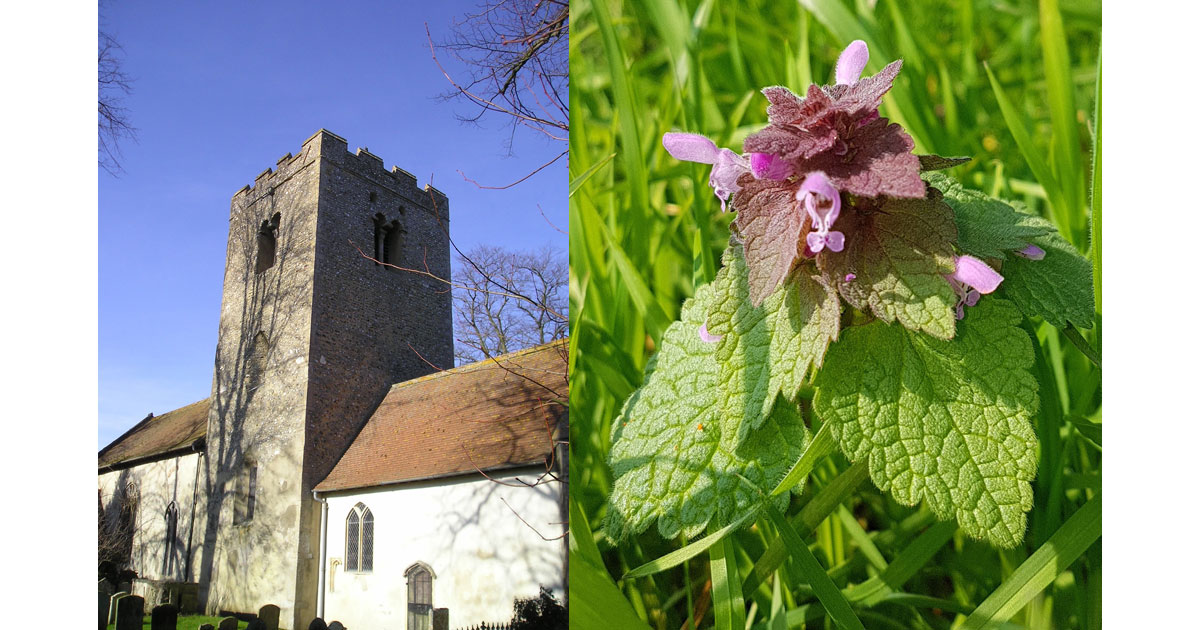 SPRINGTIME IN ENGLAND
By Glynn Burrows

BIG BLEND RADIO INTERVIEW: On this episode, Glynn Burrows of Norfolk Tours talks about the wildflowers, bird and wildlife watching opportunities during the springtime in Norfolk, England. Listen to or download the podcast on BlogTalkRadio.com, Spreaker.com, YouTube.com, or SoundCloud.com.

In Norfolk, being surrounded by beautiful countryside, the early part of the year is beautiful. The colours of Spring in England, are mainly green, yellow and white, but, if we look closely, there are many other colours prevalent.

The first flowers we usually see, are Snowdrops. They usually appear in Churchyards and in woodland, like a green and white carpet. The pendulous flowers themselves are made up of outer petals, which are usually white and the inner ones usually tipped with green. Their apparent fragility is what makes these little white bells so endearing.

Usually appearing at the same time, are the Acomites, which are lovely little yellow flowers and, a little later, the Primroses and Violets. Primroses and Violets are often found together, in hedgerows, or on the banks of ditches and streams. When we were children, my sister and I used to go down the lane where we lived, to pick the wildflowers in the ditches, for our Mum’s birthday on 21st March. Today, although it is not illegal to pick wildflowers for personal use, it is not encouraged. It’s best to leave them for others to enjoy.

Many of our hedgerows have their origins in ancient history, with lots of them dating back over two thousand years. Hedges were originally used as boundaries and, as many were there to keep animals in too, they were often “laid”. Laying a hedge means making a living, woven barrier, by putting in uprights and partially cutting the growing hedge, laying it over, at an angle and weaving it through the uprights. At the top of the newly laid hedge, lengths of hazel or willow are woven and pushed down, to keep the whole barrier in place. Over the next year, the hedge will continue to grow and it will form a living, strong animal-proof boundary fence. Hedge laying is something which was usually done in the late Winter and early Spring when there was less work on the farm.

One small tree, found in hedgerows, is the Blackthorn. It is a very pretty plant and the fruit of the Blackthorn is used to make Sloe Gin but the plant is not one to get too close to. The spikes are over an inch long and extremely hard, so it makes a very efficient barrier to keep animals in, or to keep unwanted visitors out.

In our gardens, the main flowers which show their heads in Spring, are daffodils and crocuses and soon after, the blossoms on the fruit trees. As Daffodils have been grown in this country for so long, we often see them in the wild too, nodding in the breeze.

As one of our famous poets William Wordsworth wrote:

“I wandered lonely as a cloud
That floats on high o’er vales and hills,
When all at once I saw a crowd,
A host, of golden daffodils;
Beside the lake, beneath the trees,
Fluttering and dancing in the breeze.”

Some of my favourite flowers are actually considered as weeds. Two such weeds are the Dandelion and the Sweet Nettle. The name Dandelion comes from French for Lion’s teeth, but it doesn’t look much like teeth to me. The flower, close-up, is amazing, with so many bright yellow petals. Later, it will turn into a ball of miniature helicopter seed carrying spikes, which we used to blow to tell the time. (The number of puffs it took to blow away all the seed heads, was the hour.) Another, less salubrious story which we were always warned about, was that, if we picked Dandelions, we would wet the bed!

The Sweet Nettle is another pretty weed. The flowers were either white, yellow or purple and they contained a very sweet liquid. As children, we used to pick the little flower parts and suck out of the liquid. The good thing about these nettles, is that they don’t sting!

This short article has just explored a few plants, we have thousands of birds which migrate through England, as well as the ones which stay here all year round. We have wild animals too, none of which are dangerous: Deer, Badgers, Hedgehog, and Hare, along with some which life in the sea off our coasts. Seals come onto the Norfolk beaches in the early part of the year to pup and it is a fantastic sight, to see them and their little ones so close-up.

There are so many other things to enjoy, which are free, thanks to Mother Nature and, if you love the countryside, the sea, blue skies and you also enjoy beautiful things, you will adore England in Springtime.

Glynn Burrows is the owner of Norfolk Tours in England. For help or advice about tracing your family history, or if you are thinking about taking a vacation to England visit www.Norfolk-Tours.co.uk