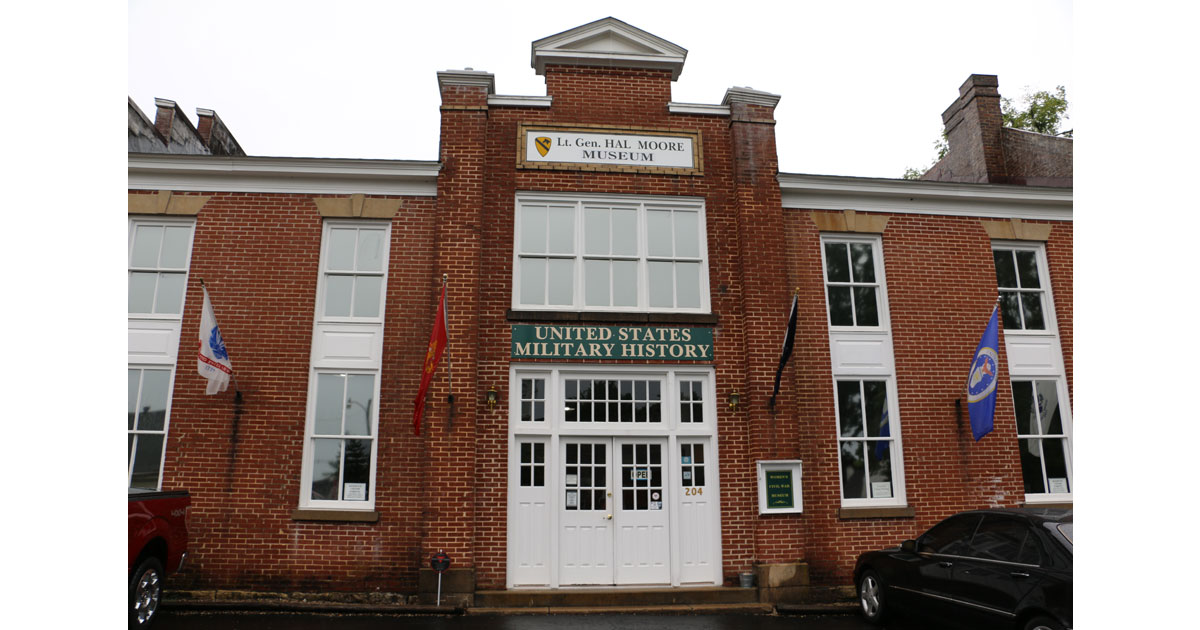 It was a rainy summer day in beautiful central Kentucky, a region known for its bourbon, horses, and history. Our friend Stephanie was our tour guide, driving us around the towns and countryside, giving us an overview of her homeland. When we reached Bardstown, Nancy noticed that we were driving along Lt. General Hal Moore Parkway. We immediately texted our friend Mike Guardia, who along with being a historian, is an internationally known, award-winning author of numerous military history books, three of which cover Hal Moore, including “Hal Moore: A Soldier Once…and Always;” “Hal Moore on Leadership: Winning When Outgunned and Outmanned,” and ” Hal Moore: A Life in Pictures.” As part of our Love Your Parks Tour, Mike sent us on a story mission to “Follow in the Footsteps of Generals.” Well, there we were, right in Lt. General Hal Moore’s hometown! Not only is Moore’s quaint childhood home still standing, but around the corner from it is Bardstown Museum Row, home to the Hal Moore Military Museum.

Hal Moore is one of the most admired American combat leaders of the last fifty years, and initially became known to the public for being portrayed by Mel Gibson in the movie “We Were Soldiers.” A 1945 graduate of West Point, Moore’s first combats occurred during the Korean War, where he fought in the battles of Old Baldy, T-Bone, and Pork Chop Hill. At the beginning of the Vietnam War, Moore commanded the 1st Battalion of the 7th Cavalry in the first full-fledged battle between U.S. and North Vietnamese regulars. Drastically outnumbered and nearly overrun, Moore led from the front, and though losing seventy-nine soldiers, accounted for 1,200 of the enemy before the Communists withdrew. This Battle of Ia Drang pioneered the use of “air mobile infantry”- delivering troops into battle via helicopter – which became a staple of U.S. operations for the remainder of the war. He later wrote of his experiences in the best-selling book, “We Were Soldiers Once…and Young.”

Following his tour in Vietnam, Moore assumed command of the 7th Infantry Division, forward-stationed in South Korea, and in 1971, he took command of the Army Training Center at Fort Ord, California, where he oversaw the US Army’s transition from a conscript-based to an all-volunteer force. He retired as a Lieutenant General in 1977.

Dedicated to Bardstown native Lt. General Hal Moore, U.S. Army, Vietnam and Korean War Hero exhibits in the Hal Moore Military Museum cover conflicts from the American Revolution to the Mid-East battles of today, and are centered on the contributions of the many Kentuckians who served. Hal Moore’s military career, personal life, and philanthropy are showcased with photographs, medals and awards, uniforms, and “We Were Soldiers” movie memorabilia. The Museum also honors Moore’s wife, Julie, for her work in prompting the US Army to set up survivor support networks and casualty notification teams. 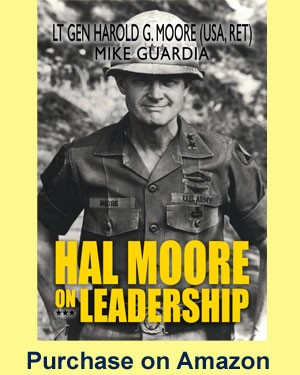