Discover a Mystical Lunar Landscape at Craters of the Moon 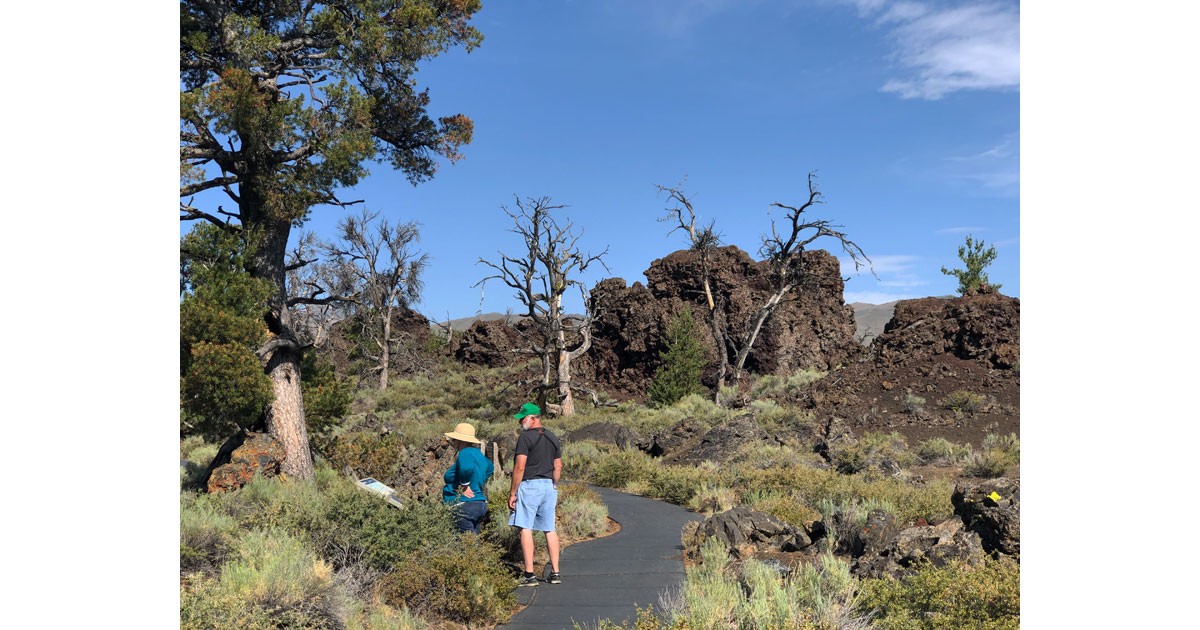 I’m in an otherworldly place that looks like somewhere the lunar lander would have been roaming around on a research mission. Pitch-black lava fragments are scattered amid a sea of cinders, mini volcanoes rise up from the barren terrain and dark, forbidding craters combine to create an eerie and starkly beautiful environment.


Craters of the Moon National Monument and Preserve is a unique landscape that was shaped during a series of major eruptive periods between 15,000 and 2000 years ago. One of four national parks in Idaho, it encompasses over 1,100 square miles, which is about the size of Rhode Island. The monument alone preserves about 53,500 acres of volcanic formations and lava flows on the northern rim of the Snake River Plain in south central Idaho.


There are three lava fields within the monument and preserve, offering an impressive array of basaltic lava, as well as tree molds, lava tubes, spatter cones and many other fascinating features. These fields are located along the Great Rift of Idaho and provide prime examples of open rift cracks in the world, including the deepest known on Earth at 800 feet.


At the visitor center near the monument’s only entrance, you’ll find displays along with a short film about the geology of the area. It’s a good place to start before heading out on the seven-mile, self-guided Loop Drive. From this road, you’ll have the opportunity to explore the environment, with access to trails that offer close up views of the volcanic formations. Stops are well-labeled with interpretive displays.


When you reach the North Crater Flow, take the short path to cross one of the most recent lava flows, which occurred about 2,200 years ago. There’s a purplish tint to this lava due to tiny pieces of obsidian in it. You’ll also note that some of the lava looks like thick roots. This is called “pahoehoe” lava, which means ropy in Hawaiian. There are also large crater wall fragments that were violently torn away when the volcano’s crater ruptured.


Devils Orchard is an apt name for this group of cinder cone fragments that stands in a field of cinders like grim reapers. They, too, broke off during an eruption. Take the paved loop trail through the formations and among the trees of the “orchard.” Signs along the way help make visitors aware of human impacts to the area.


The Inferno Cone Viewpoint sits atop the infamous 6181-foot-tall Inferno Cone. It’s a massive heap of cinders with a distinct flat top. Climb the short, but steep trail for a rewarding 360 degree panorama of the entire monument. To the south are the Spatter Cones and a chunk of the Great Rift, while further away is Big Cinder Butte, one of the world’s largest, completely basaltic cinder cones. And beyond is a series of mountain ranges.


At the Big Craters and Spatter Cones stop, you’ll learn how the latter are created from globules of liquid hot magma, which are ejected from the volcano and then fall down around a small central vent. Landing on top of one another, they cool and adhere to nearby pieces to form the walls of what is akin to a miniature volcano.


Big Craters is exactly what you’d assume – a series of volcanic craters, the largest of which is North Crater. Descend into this bowl and be surrounded by an ocean of lava with a myriad of textures and patterns. Just know that what goes down must come back up!


If you want to get a taste of the wilderness area of the park, take the trail to the Tree Molds. These molds are created when lava quickly moves through a forest, cooling the outside of the trees, while burning them from the inside. A lava shell in the shape of the tree is all that remains after incineration. While some of the molds can reach several feet high, many are simply stumps or depressions in the ground, so you need to look closely to spot them.


The final stop on the Loop Drive is the Cave Area, another great highlight of the monument. This is a collection of lava tubes that became empty once the volcanoes ceased eruption. You can hike into four of the caves located at this site, as long as you have a permit, which is easily obtained at the visitor center. The process involves answering a few questions from a park ranger in regards to any past visits you may have made to caves. It’s basically a screening process in order to prevent the spread of white-nose syndrome, a fatal condition affecting bats that are exposed to a specific fungus. Humans can potentially spread the fungus between caves and other sites where bats roost.


Make time to explore this exciting underground world. Each of the cave entrances is well-marked. Dewdrop Cave is the smallest and serves as a warm-up to the others. Indian Cave is the largest and has several massive skylights caused by collapses in the ceiling. These provide ample natural light so you don’t need a flashlight (unlike the other three). There’s also a staircase at the entrance, providing easy access. As the cave is well-lit, you can fully examine the shapes and colors in the lava walls. A lot of the rocks are covered in gold-colored lichen, making you believe you’ve discovered some long-lost treasure trove. Marvel at the giant basalt boulders littering the floor and realize they once hung on the ceiling of the tube. If you want to exit the cave at the other end of the tunnel, you’ll need to do a bit of scrambling and climbing, but this only enhances that Indiana Jones feel!


For some more spelunking adventure, check out Boy Scout Cave, where the entrance is so small you have to crawl inside. But, once you get in, it opens up into a decent size room. This cave is dark and cold, though, due to the fact that it retains ice year round no matter what the temperature is outside. Water drips down from the ceiling and forms ice crystals, while clusters of ice sparkle on the ground and walls like rhinestones.


Beauty Cave has a wide, yet rocky opening, and is spacious inside. It, too, is cold and icy and the walls are covered in moss and lichen.


Though the park may seem barren, its lava fields and sagebrush areas surprisingly teem with a diversity of flora and fauna. There are actually 375 species of plants known to grow in the monument. If you time your visit for late spring or early summer, you’ll catch wildflower season, where the landscape is awash with color. Other vegetation can be found peeking out of little pockets, surviving as a result of physiological adaptations. In regards to wildlife, a number of insects, reptiles, birds and mammals call this place home.


When it comes to the human angle of Craters of the Moon, it’s interesting to note that some of the Apollo astronauts did part of their training here at the park, as they prepared for their moon missions. They spent time on the lava fields learning basic volcanic geology, as they looked for and collected good rock specimens in a harsh and unfamiliar environment.


With regards to early inhabitants, the Northern Shoshone are known to have traveled through the area on their annual migration, leaving behind rock structures and strange stone circles in the lava fields. Later, those with gold on the brain, as well as an assortment of ranch hands and pioneers heading west, passed around the vicinity, avoiding the lava if possible. It wasn’t until the early 1900s that federal geologists were sent out to explore the landscape. During this time, Robert Limbert, a taxidermist and Idaho promoter, made several journeys though the lava, eventually helping to bring national attention to its unusual formations.


In establishing Craters of the Moon National Monument back in 1924, President Calvin Coolidge said of the place, “This area contains many curious and unusual phenomena of great educational value and it has a weird and scenic landscape, peculiar to itself.” Thankfully, he and many other supporters had the foresight to preserve and protect this hidden gem so that generations of visitors could experience it.


Debbie Stone is an established travel writer and columnist, and regular contributor for Big Blend Radio and Big Blend Magazines, who crosses the globe in search of unique destinations and experiences to share with her readers and listeners. She’s an avid explorer who welcomes new opportunities to increase awareness and enthusiasm for places, culture, food, history, nature, outdoor adventure, wellness and more. Her travels have taken her to nearly 100 countries and to all seven continents. 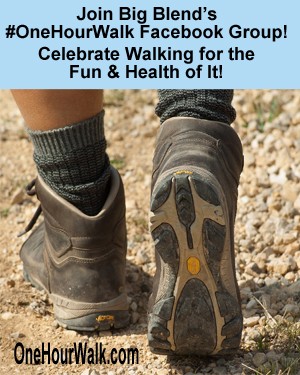 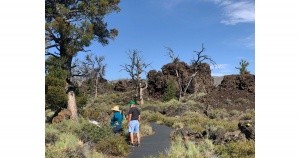