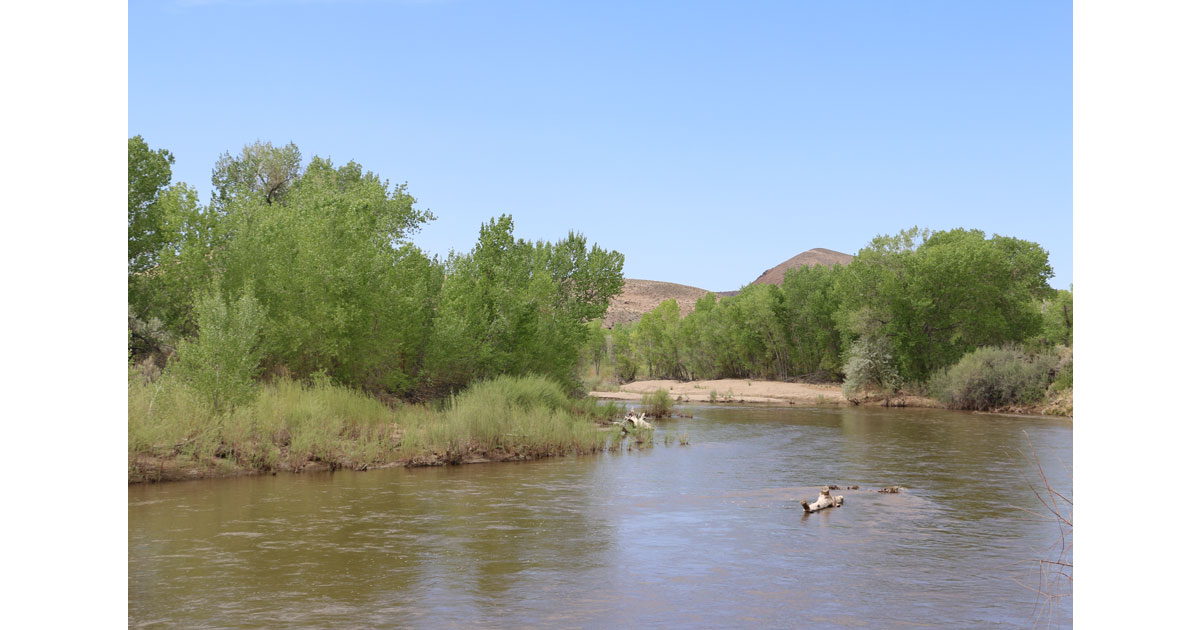 It was a late spring morning when we met up with park interpreter Kristin Sanderson for a guided nature walk from historic Buckland Station to Fort Churchill.  This 2.2-mile nature trail follows the Carson River, which John C. Fremont named in honor of mountain man Kit Carson who in winter 1943-1944, traveled with Fremont’s western expedition in search of an easier route across the Sierra Nevada mountain range. 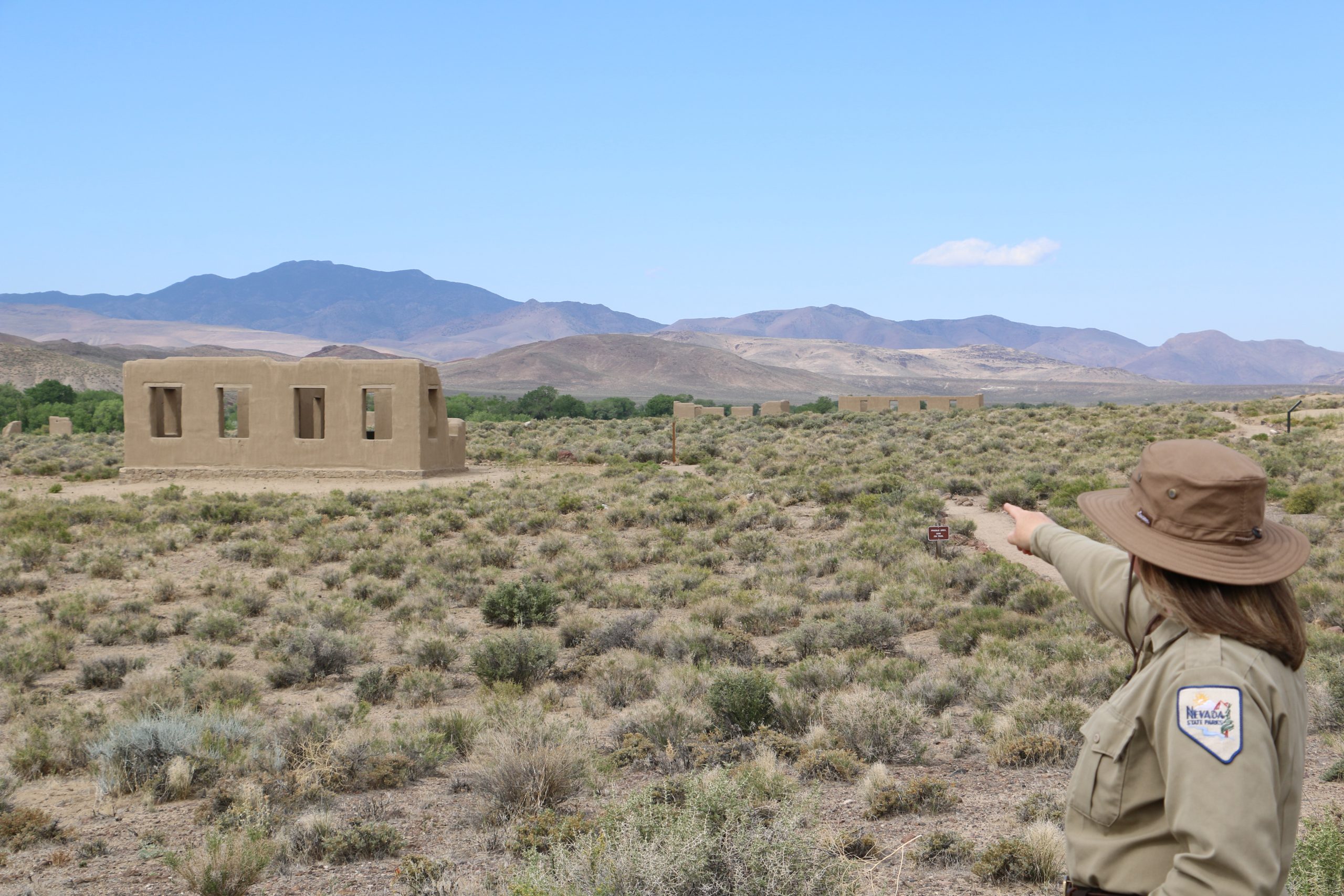 We started our walking adventure in the bloom-filled orchard area. The Carson River was gushing with life as we strolled amid the cool sagebrush under the shade of the cotton trees, looking out over the pastoral setting that spread lush at the foot of the rust and grey colored desert hills. We saw all kinds of birds and critters from darting lizards to scurrying quail families, Canadian geese, robins, vultures, bunnies, and even a couple of young gopher snakes.

Once at Fort Churchill we toured the adobe ruins.  Even though Fort Churchill was built mainly as a show of force, and there were never any battles fought there, it was built as a permanent installation that was an important supply depot for the Nevada Military District (especially during the Civil War), a Pony Express stop, and a base for troops tasked with patrolling the overland routes. As the railroad and telegraph came in, the need for the fort and the Pony Express declined. The fort was dismantled and Samuel Buckland salvaged materials from the buildings to build the two-story house you can visit today. As you visit Buckland Station and Fort Churchill, you can get a feel for the lifestyle of the settlers and soldiers as they worked to bring civility and normalcy to an unsettled territory.

At the end of your adventure, you can enjoy a picnic outside Buckland Station, which along with the Fort Churchill Visitor Center, is also worth visiting. 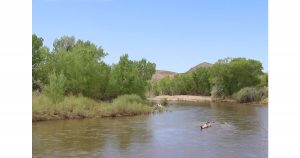