At Lassen, You’ll Have Nature All to Yourself 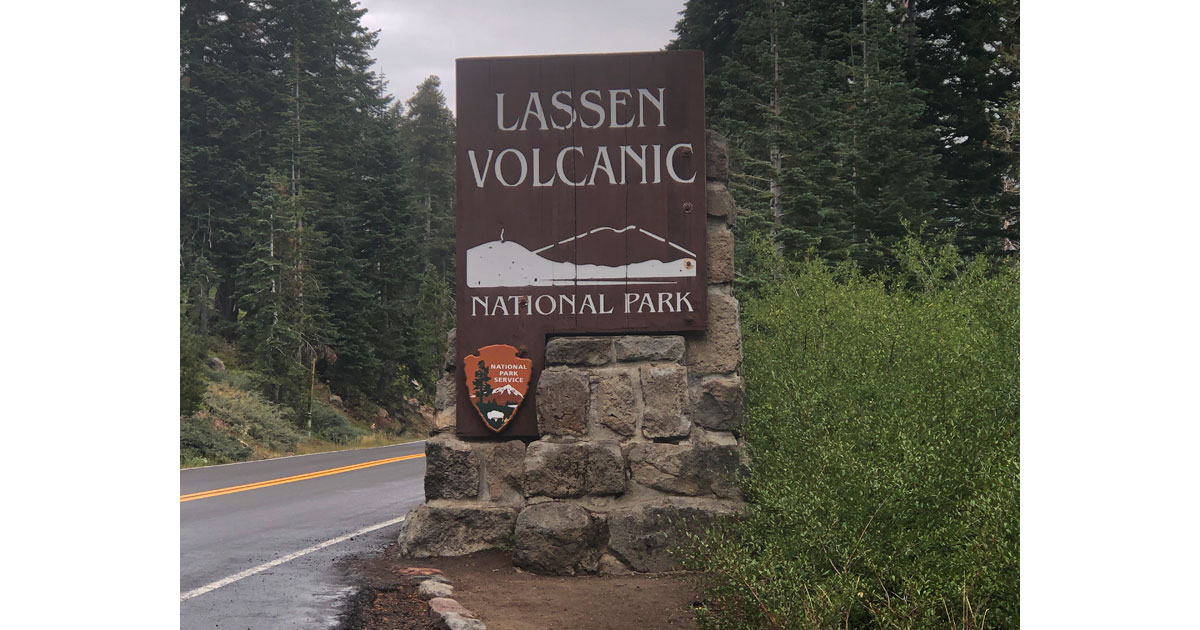 AT LASSEN, YOU’LL HAVE NATURE ALL TO YOURSELF
by Debbie Stone

Staying healthy for me involves periodically refreshing the mind-body-soul connection. And I have found the best way to do this is to get outside and commune with nature. Being outdoors does wonders for my psyche, especially when I’m not surrounded by lots of people. There’s nothing that turns me off more than to engage in combat hiking or jostling among the throngs to see wildlife. And don’t get me started on selfie sticks!


Our country’s national parks offer many opportunities to explore awe-inspiring environments with the peace and serenity that I crave. But, at the most popular national parks, getting away from the maddening crowds can be a challenge. You need to strategize and make a concerted effort to see the highlights early in the day, ideally before the majority of visitors sit down to breakfast. Then, make a beeline for the underutilized trails and wilderness areas. Or, better yet, avoid the masses altogether and go during the off-season.


Another alternative is to visit the less-trafficked parks. Take Lassen Volcanic National Park. Though one of the oldest national parks in the country, Lassen doesn’t have the star-studded recognition as its well-known Californian sister, Yosemite. In fact, many people probably don’t even know where Lassen is located, nor what scenic gems it possesses.


Only fifty miles east of Redding, in northeast California, Lassen is an off-the-beaten-path volcanic wonderland, where visitors can witness the earth’s forces of creation and destruction. The park boasts majestic mountain scenery reminiscent of Yosemite, as well as fascinating thermal features akin to Yellowstone, yet with a fraction of the visitors. Whereas Yosemite welcomed over four million people in the past year, Lassen only had about 500,000. And with over 106,000 acres, there’s plenty of space for everyone to enjoy as much solitude as they desire, while contemplating some of Mother Nature’s finest work.


As it name suggests, the park’s turbulent volcanic past played a major role in its formation. Lassen Peak, its signature volcano, first erupted in 1914, beginning a seven-year cycle of sporadic outbursts. From 1914-15, there were 150 plus eruptions alone. Then on May 19, 1915, the mountain reawakened with a vengeance, blowing a massive mushroom cloud seven miles into the atmosphere. Steam, ash, rock fragments and gas spewed forth, sweeping down the side of the volcano at warp speed and leaving a three-square-mile area of devastation in its wake. It rained ash as far away as Winnemucca, Nevada, 200 miles to the east.


The eruptions were some of the first to be extensively photographed, mainly by local businessman and amateur photographer, Benjamin Franklin Loomis. They attracted national attention and helped step up efforts for President Woodrow Wilson to ultimately establish Lassen as a national park in 1916. Previously, it had been a national monument.


One of Lassen’s claims to fame is that it contains all four types of volcanoes in the world: shield, plug dome, cinder cone and composite. Lassen Peak is an excellent example of a plug dome volcano. Though a sleeping dog right now, seismologists consider it to be the most likely volcano in the Cascade Range to erupt within the next hundred years. They point to the continuous thermal activity as evidence that the volcanic center still smolders.


Lassen also boasts three of the four different kinds of geothermal features: fumaroles, mud pots and hot springs. You’ll know you’re in the vicinity of such displays when you smell the distinct rotten egg odor of the sulphur, hear the hissing of the steam as it leaks through the vents and watch the mud pots and pools bubble and boil. This cauldron of subterranean ingredients is nature’s witch’s brew.


Lassen’s two main entrances are at the northwest and southwest corners of the park, connected by the 34-mile Park Road. Pick up a road guide at the Kohm Yah-mah-nee Visitor Center or at the Loomis Museum. Both places have interpretive displays, providing information on the park’s history, geology and wildlife.


The road offers access to numerous highlights, including geothermal hot spots, sparkling lakes, thundering waterfalls, mountain vistas, painted dunes and lush forests. And with over 150 trails, the park is a hiker’s paradise in the summer months. Come winter, cross-country skiers head out on the terrain to explore miles of fresh powder. Most years, snow arrives early and stays late. There are often patches still dotting the higher elevations even in late August.


With so many trail options, there’s a hike for everyone, though most are at a high altitude. If you’re a peak bagger, you’ll definitely want to climb 10,457 feet high Lassen Peak. It’ll take you some effort, as the trail can be steep and rocky at times. But, the reward at the summit is one of the most spectacular views of the Devastated Area, offering the best vantage point to contemplate the power of the major eruptions.


Kings Creek Falls is a relatively easy scenic trail, which leads to a roaring waterfall draped in ferns and other plants that thrive off the mist from the falls. Another personal favorite is Manzanita Lake. As you meander around this picturesque lake, you’ll want to stop and soak up the unparalleled views of iconic Lassen Peak. In summer, take a dip or paddle in the lake, and look for birds while you’re at it. With its varied habitats, you should be able to spot Red-breasted Nuthatch, Pied-billed Grebe, Spotted Sandpiper, Steller’s Jay and more.


For geothermal features, stop at Sulphur Works, which is right off the main road. There’s a mud pot that bubbles next to the pathway. You might be surprised to learn that you’re actually standing in the middle of an ancient volcano called Mt. Tehama (also referred to as Brokeoff Volcano). Five miles underground lies a giant pool of magma that helped create Tehama and is responsible for heating the geothermal features today. Across the road, columns of steam from fumaroles rise. The landscape is a kaleidoscope of yellow, orange and red hues due to the chemically altered clay minerals in the rocks.


The largest volatile area in the park is Bumpass Hell, so named for the unfortunate settler and explorer who fell into one of the hot pools back in the 1860s. It’s a fair warning to hikers to stay on established trails and boardwalks because although the ground can look solid, it may actually be a thin crust hiding pools of acidic boiling water.


You’ll know when you get close to Bumpass Hell, as the sulphur smell is very strong and it’s noisy from the sounds of all the belching mud pots. Big Boiler has star power here. It’s one of the hottest fumaroles in the world, measuring as high as 322 degrees Fahrenheit. Like Sulphur Works, the colors of Bumpass Hell are striking, in part because of the minerals in the water.


There’s also Devils Kitchen, the second largest display of geothermal features in the park, as well as Boiling Springs Lake. You might be enticed to swim in this lovely lake because of its beautiful sea green color and calm surface, but this is not the spot for a dip. Look at the steam rising from the fumaroles and hear the gurgle of the mud pots. This water is a toasty 125 degrees Fahrenheit.


Definitely check out the Devastated Area. It’s an easy, short loop trail that presents the aftermath of the volcanic eruptions in 1915. You’ll wind through a field of pink and gray lava rocks that were blasted out of the volcano, landing more than two miles from the peak. Some of the boulders are so massive they would dwarf anyone standing next to them. Descriptive panels describe the event and detail the geologic phenomena that occurred. Photos taken by Loomis show the route taken by the largest blast, which cleared a wide path through the forests, knocking down an estimated five million board feet of timber.


Wherever you go in Lassen, you’ll be able to leave the world behind. And let’s be honest, we all need to retreat from civilization every once in a while. 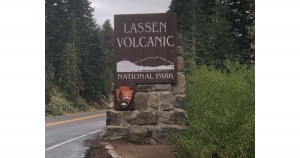