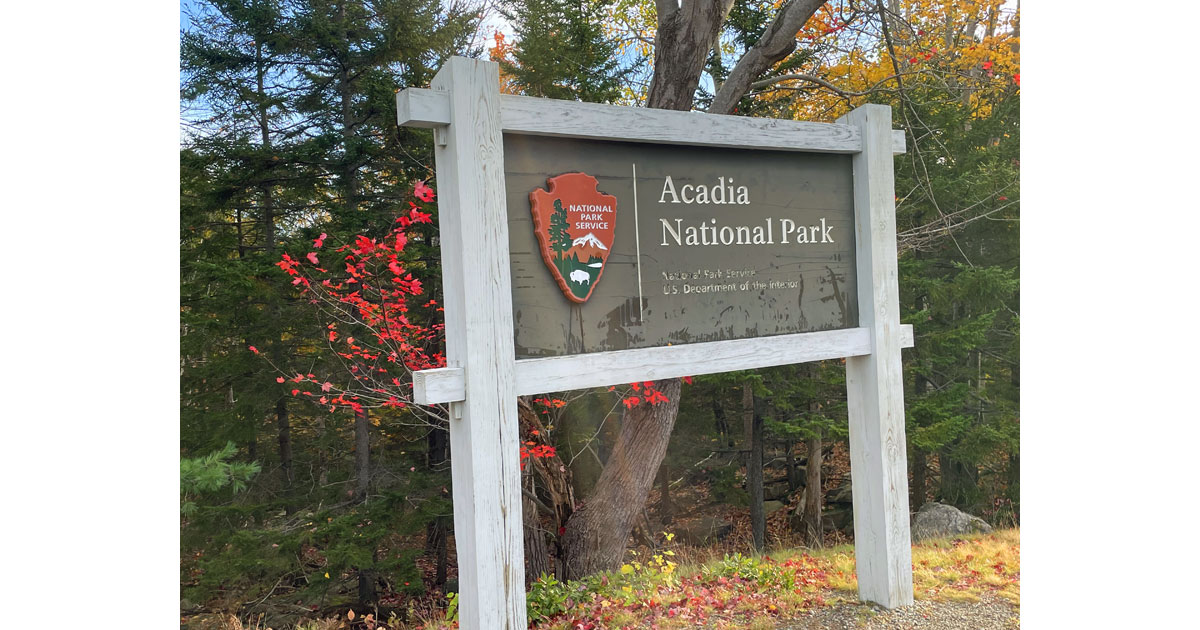 The popovers at the Jordan Pond House in Maine’s Acadia National Park are famous. But until you try them, you might be skeptical of their reputation. After all, they’re popovers. How good could they be?

It only took one bite of my Jordan Pond House popover to know that the glowing accolades were true. I was an instant convert. The muffin-like baked treat was light and fluffy with a delicious buttery flavor and served piping hot. Of course, I slathered it in butter and strawberry jam. A glass of blueberry lemonade made the perfect accompaniment, as did the beautiful view of Jordan Pond and the Bubble Mountains. And when the server asked if I wanted another popover, I eagerly replied, “Yes, please!”

The Jordan Pond House traces its history from 1847 when settlers established a small mill near the foot of the pond. As to its name and that of the pond, credit goes to the Jordan family, who built the original farmhouse on the property. The place became a restaurant in the early 1870s, which is when the custom of serving tea and popovers outside on the lawn overlooking the pond was established.

People come from all over, not only to experience this popular tradition and walk the trail around picturesque Jordan Pond, but to explore the rest of glorious Acadia National Park. With an average of 3.5 million visits a year, Acadia is one of the top ten most-frequented national parks in the U.S. It boasts the highest rocky headlands along the country’s Atlantic coastline (oh, those jagged pink granite formations!), a rich cultural heritage, and an abundance of diverse environments. There are 27 miles of historic roads, 158 miles of hiking trails, and 45 miles of unique carriage roads in the park.

Acadia encompasses nearly 50,000 acres, including Mount Desert Island, Schoodic Peninsula, Isle au Haut, and other outer islands. Most of the park is located on Mount Desert Island, the largest island off the Maine coast. And this is the area where most visitors opt to spend their time.

The Park Loop Road is an effective way to get around this part of Acadia by vehicle, as it offers dramatic views and access to notable highlights, as well as to various hiking trails. It winds through forests, past lakes and mountains, and along the shoreline of this natural paradise.

One of the highlights of Acadia is Thunder Hole, a natural rock formation that is affected by sea conditions. Big, crashing waves move into the hole and cause a thundering boom and a boisterous splash. Time it right – about two hours before high tide – for the most impactful experience.


Sand Beach is another point of interest. The beach is primarily made up of crushed shells. You can swim here, and “polar bears” do, but know that the warmest water temps are between 55-60 degrees in August. Brr!

Don’t be disappointed if you’re not able to spot sea otters at Otter Point and Otter Cliffs. There are none here, nor anywhere in Acadia. It’s possible these places were actually named for river otters. Wildlife aside, both these locations offer spectacular views and make rewarding stops. At impressive Otter Cliff, the granite formations rise way above the water. Take the trail further on to Otter Point, where you can laze on the rocks and explore tide pools.

Monument Cove is known for its namesake pillar, which is the result of storm wave action over centuries. This stalwart sentinel has stood in its current form for 500 years, guarding the cove from above. Nearby is the unofficially-named “Boulder Beach,” where you’ll see a section of shoreline covered in bowling ball-sized rocks.

Hiking trails range from easy to challenging, depending on the terrain. Some go through forests or along the coastline, while others loop around lakes. You can also scale cliffs to reach mountaintops for dramatic panoramas.

Favorites include Gorham Mountain, Beehive Loop, Beech Mountain South Ridge Loop, Cadillac North Ridge, and Bubbles Nubble Loop. At 1,530 feet, Cadillac Mountain is the highest point in the park and on the eastern seaboard. It’s the first place you can see the sunrise in the U.S. from early October to March. If you’re short on time or don’t want to hike up to the summit, you can always drive to the top and get the same awe-inspiring vistas.

Biking is another popular activity at Acadia, particularly on the rustic carriage roads. We have John D. Rockefeller Jr. to thank for the construction of this system. The famed philanthropist was an adept horseman, who wanted to travel on motor-free byways via horse and carriage into the heart of Mount Desert Island. His efforts resulted in Acadia’s beloved carriage roads. Check out the handsome stone bridges – all seventeen of them! And the large, cut granite stones lining the road are called “Rockefeller’s teeth.”

For another view of the park, I suggest taking a boat trip, where you can see Mount Desert Island and the shores of Acadia from the water, along with lighthouses and landmarks of Frenchman Bay. Bar Harbor Whales offers several seasonal excursions that you can board at the docks in the town of Bar Harbor – the gateway to Acadia.

I took the Somes Sound, Lighthouses & Acadia Park Cruise, which provided a thorough overview of the area. You’ll ride in a state-of-the-art catamaran, with knowledgeable guides and crew, who’ll regale you with details about the history, geology, wildlife, and more of this special place. Along the way, they’ll also point out any wildlife that choose to make an appearance, including seals, eagles, seabirds, and harbor porpoise.

It was surprising to learn there are over 4,000 islands off Maine’s coastline. Amusingly, more than thirty of them have “sheep” in their name. Mount Desert Island is the largest in the state and the second-largest of the U.S. outside of Hawaii and Alaska. Only Long Island is bigger.

Interesting to note is that Cadillac Mountain was named for French explorer Cadillac. Though not born of nobility, he convinced the King at the time that he was of royal blood. He devised his own Coat of Arms which you can still see on the hood of Cadillac cars.

I loved hearing about “Millionaire’s Row” and gazing at some of the more notable residences. Kenarden, for example, belongs to the Campbell Soup family, and during the summer, they fly a flag that is white with a big red tomato on it. Another, the High Seas Estate, was built for a professor from Princeton. Story has it that he constructed the house to entice his fiancé to move here from Europe and marry him. The good news – she agreed. The bad news – he booked her on the Titanic!

In Seal Harbor, the lifestyles of the rich and famous are on display. Martha Stewart’s home, “Sky Land,” which is set on 63 acres, was originally built in 1925 by Edsel Ford. During the summer, you may see her wooden picnic boat in the water. The estate on the Point is called “The Anchorage.” Nelson Rockefeller was the first owner, but it was later sold to Edsel Ford. The last T-bird made was delivered here to this house and given to Josephine Ford, great-granddaughter of Henry Ford. The most expensive house on the island is now owned by a venture capitalist. It’s worth a mere $40,000,000.

As for the lighthouses, we saw several of these romantic icons, including my favorite, Bass Harbor Light. Widely regarded to be one of the most photogenic lighthouses in the country, it dates back to 1858. Some say it’s haunted at night by the ghost of a construction worker who disappeared during the construction of the site.

Our guide told us about the rigors of a lighthouse keeper’s life, which was full of rules, regulations, and inspections. They were busy from morning to night caring maintaining the upkeep of the tower, the keeper’s house, and all the buildings and grounds, while ensuring that the light operated properly through the night. They made about $1 a day and were not given pensions or compensation for injuries. The powers in charge at the time encouraged the keeper to have lots of kids to help with all of the chores.

Staying in Bar Harbor makes the most sense when you visit Acadia, as it’s mere minutes to the park. This charming community has a colorful harbor scene, numerous shops and eateries, and options galore when it comes to accommodations.

If you want to be steps from all the action, I recommend staying at the Harborside Hotel, Spa & Marina. This highly rated resort is a relaxing retreat with all the bells and whistles, including oceanfront swimming pools and hot tubs, fitness facilities, a spa for some personalized pampering, and a private marina. Accommodations in the newly-renovated property are spacious and elegantly appointed with natural wood touches, plush bedding, and a lux marble bathroom with upscale bath products.

The hotel also has its own onsite restaurant. La Bella Vita is a cozy Italian trattoria, complete with copper pots, Italian mosaics, and picture-perfect harbor views. Authentic Old-World recipes are the mainstay here with brick oven pizzas, antipasti, and pastas. Specialties include chicken piccata, chicken parmigiana, grilled ribeye, surf and turf, East Coast halibut, and a Sicilian ocean stew that’s chockful of mussels, clams, shrimp, lobster, and haddock. Save room for dessert and order the blueberry pie with lemon curd. It’s swoon-worthy! I’ve found that anything blueberry in Maine – blueberry pancakes, blueberry cobbler, blueberry fudge, blueberry beer – is a winner because the berries have such an intense flavor.

In town, dining choices are numerous. Naturally, fresh fish and shellfish abound, with lobster the favored crustacean on the menu, but there are plenty of other choices if creatures from the sea aren’t your thing. Being a pescatarian and seizing every opportunity to eat Maine “lobstah,” I had it in every form possible, from simply steamed to stuffed in tacos and enchiladas, grilled cheese, bisque and stew, ravioli and omelets. I even tried lobster ice cream, which is the only form of lobster I discovered I didn’t like. Somehow, frozen lobster tidbits in vanilla ice cream…

For all things Bar Harbor: www.visitbarharbor.com


Debbie Stone is an established travel writer and columnist, and regular contributor for Big Blend Radio and Big Blend Magazines, who crosses the globe in search of unique destinations and experiences to share with her readers and listeners. She’s an avid explorer who welcomes new opportunities to increase awareness and enthusiasm for places, culture, food, history, nature, outdoor adventure, wellness, and more. Her travels have taken her to nearly 100 countries and all. 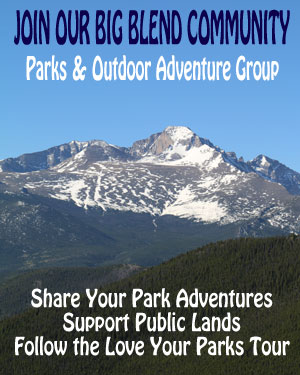 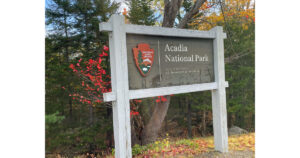