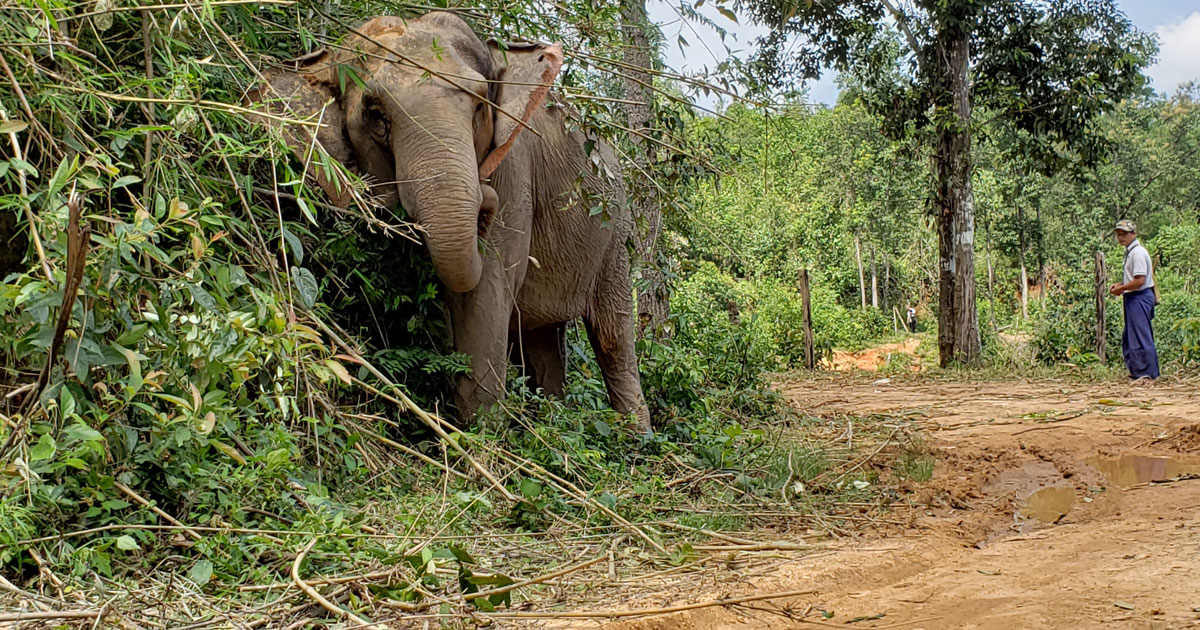 72 HOURS IN CHIANG MAI, THAILAND
What to See and Do in Only 3 days
By Stacey Wittig 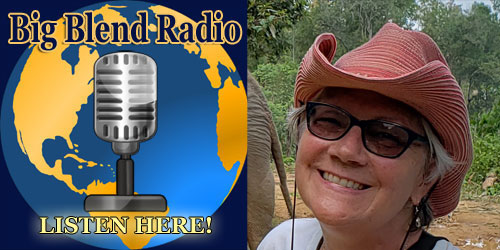 Explore exotic Chiang Mai, Thailand, in only three days. With this 72-hour itinerary, you’ll take lunch in a women’s prison, trek mountain trails in search of elephants, and learn how to plant rice in a watery paddy.

Day One: Arrive at Chiang Mai International Airport (CNX)
When you step out of the airport into a culture that is foreign to your own, it’s nice to be greeted by a smiling face. When you arrive in Thailand, known as “Land of Smiles,” hundreds of smiling faces welcome you. I recommend arriving at Chiang Mai International Airport because it’s not as large as the Bangkok airport and is closer to the city, so there’s less transit time. Tip: I purchased a SIM card for my phone from one of the vendors right outside the airport, where we met our smiling guide, Daniel.

Chiang Mai Briefing
Three kings of powerful dynasties in northern Thailand formed an allegiance and built Chiang Mai as a defensive city in 1296. Daniel pointed to remnants of the moat and defensive walls as we drove into the historic part of town. Our first stop was at Three Kings Monument, where colossal bronze statues of the Thai allies stand in front of Chiang Mai Cultural and Historic Centre, once the provincial administration building.

Part of embracing new cultures is experiencing regional cuisine, and what better way to do that than sample street food? Check out Ratchapakinai Road near the monument. Walk from there to Wat Inthakhin Sadue Muang, a small Buddhist temple with traditional architecture.

Of course, street food just whetted my appetite. Since time had passed since I ate authentic Thai cuisine, I was eager to dig chopsticks into Khao Soy Kai, a curry chicken dish. Lunch at Chiang Mai Women’s Prison is an exceptional experience with inmates serving the courses, including the grand finale, sticky rice with mango. The sunny restaurant is part of the Vocational Training Center Correctional Institute, in which you can also book authentic Thai Massages right inside the prison.

After lunch, we drove about half an hour through the lush mountains to Veranda High Resort Chiang Mai. The spectacular boutique hotel is a magical getaway, and I enjoyed exploring the well-manicured gardens, planted to look like tea terraces, and the infinity swimming pool built three stories high to capture the best vistas. The modern resort takes architectural cues from the local culture but is not too traditional in design.

Although the resort, built on a 12-acre orchard, is a retreat away from the hubbub of the city, it was still not too far to drive into town for dinner at Khaomao-Khaofang Restaurant. Sounds of rushing waterfalls are part of the ambiance of this unique eatery where you dine in an imaginary jungle.

Day Two: Ethical Elephant Experience at Chang Chill
After a fantastic poolside breakfast at Veranda, we met Daniel to take us to Chang Chill.

In the mountains surrounding Chiang Mai, there are many elephant camps. Still, with the rise in awareness of the inhumane conditions of captive elephants, it’s essential to choose places where you can experience elephants in their natural environments.

At Chang Chill, Drinya T. Kenyon of World Animal Protection greeted us. She was part of the selection process that vetted Chang Chill to be part of the new, animal-focused tourism model. According to Drinya, thousands of elephants around the world suffer in the name of tourism. The organization works to change that by creating awareness of places like Chang Chill. They recommend:

As we set off onto the mountain trails, Goi, our guide, said, “There are six elephants in the jungle right now. They sleep 2-3 hours per day and eat the rest of the time because they have to eat 10% of their body weight.” A mahout, an elephant handler, who owns, or whose family owns the animal, accompanies them.

After spotting elephants in the jungle, we stuffed food into feeding tubes that the elephants would later visit. Animal behaviorists designed the metal tubes to be puzzles that challenge the elephants’ brains. We ate our own lunches while observing the animals from above on raised platforms. After lunch, we learned about the nutritional value of native plants while making vitamin balls for the elephants out of the local vegetation.

That evening at Veranda, after a dip in the infinity pool, we took pleasure in a candlelit gourmet dinner spread out in a treehouse.

Day Three: Temple Visits and Rice planting
The Veranda Chiang Mai offers immersion experiences into the Thai culture, and so I dressed in traditional cotton clothing that was laid out in my guestroom the night before. The Veranda chef helped us make alms to bring to the Buddhist Temple that I’d seen from the infinity pool. A hotel chauffeur drove us to the temple grounds where only peaceful chanting of the monks broke the quiet.

Afterward, we drove to rice paddies on the hotel grounds and put on knee-high rubber boots to wade out to plant rice. I felt like I was back at summer camp.

Spend the remainder of the day like we did at Wat Doi Suthep, a substantial sacred site on top of the mountain high above Chiang Mai. Legend has it that the king’s white elephant chose the site when it stopped here, trumpeted three times and then dropped dead. Today you can climb the steps or take a tram to the pagodas, bells and shrines—the vast complex sparkles with gold and dazzling colors.

Plan your visit at https://thailandinsider.com

UNSTOPPABLE Stacey Wittig is a travel writer who loves to encourage others to explore the world. Her bylines appear at Forbes, London Telegraph and Love2Fly.Iberia.com. As is typical in the travel industry, the writer was hosted for this trip. Find out more at https://unstoppablestaceytravel.com 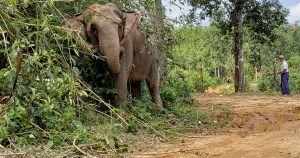